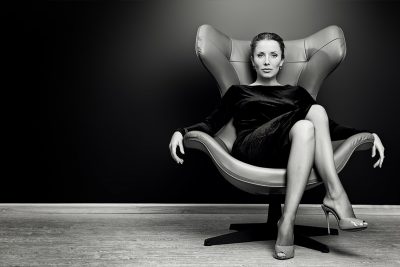 Do you ever find yourself in a situation where you feel out of your depth? And then you realize it’s because the thing you’re trying to do is usually a “man thing”? And you weren’t raised doing it, so you aren’t comfortable handling it?

This may sound strange, but I’m more comfortable buying property than I am buying vehicles. This is because my mother was a real estate agent for most of my life and I was raised understanding how property transactions worked. Then I sold real estate myself for a while. That was all before I bought my first condo. Since then, I’ve bought and sold a number of houses and am more than comfortable handling the process alone.

Buying vehicles: well, that’s another story. I’m the least mechanical person you will ever meet.  I can put gas in my car; no problem. I can even check the oil. But beyond that, no way, sister. I’m leaving that to someone else. It doesn’t mean I couldn’t learn to change my oil if I had to, but I prefer not to. By nature I’m a delegator and prefer to outsource anything that’s outside my zone of genius.

I realized this when I bought my new car a few years ago.

I was single, no man to lean on, and wasn’t sure how to go about the process.  So, I did what a man would never do.  I found one I thought was pretty.   But I didn’t buy it straight out just because I like the way it looked.  I fell in love with the color (it’s called “Soul Red”–who wouldn’t fall in love with that?).  I also did my research and looked at the ratings and the reviews.  It turned out to be one of the highest rated cars in its class.  It rated either number 1 or 2 in every category.  I even went and drove one.  That was about all I could think to do.  And since I was buying a new car, it was probably enough.

Then I had to actually find the one I wanted, which the local dealer didn’t have.  Long story short: I found the car I wanted on the company website, located a dealer who had it, called, worked out the deal (using my Costco membership) via text message, and picked it up.

All good!  I bought a car all on my own.

Then it happened again, only a bit differently.

I got my motorcycle license several years ago. My brother helped me buy my first motorcycle. Yep, I leaned on a man. This actually happened before I bought my new car, so I didn’t even think about the whole man correlation. I just called for help because I needed help, and I have the best brother who is always willing to help with such things.

Well, I’ve long since outgrown my first bike and have been wanting to upgrade for a couple of years now.

But the process overwhelms and quite frankly, frightens me.

I actually called my mechanic and asked him to help but I didn’t find the random texts of listings on Craig’s List very helpful.

Let me explain further. Buying a motorcycle is a bit like buying a car, but it’s also not.

There are a number of different styles of bikes. There’s the cruiser, which we all know from Harley Davidson fame. You sit low and back, and the idea is to cruise along with the wind blowing in your hair. Then there’s your classic crotch rocket. I don’t think I even need to explain that one. But just in case, they’re the ones you see zipping by you at top speed, usually with young men bent over low, plastered to the gas tank in front of them. From there the list goes on into dual sports that sit up tall and will go off road. Dirt bikes, which are meant to go only off road. And so on. You get the picture.  It’s not just about size and speed.

It’s much more about who you are and how and why you ride.

My first bike is a cruiser.  She’s small, only one cylinder.  She’s a 650. Which means 650 cc’s – though honestly, I don’t know what the cc’s mean except it has to do with how much power you have.  She’s been a great beginner bike and she’s perfect for a smaller person such as a woman.

My first dilemma when looking for a new motorcycle was what kind of bike do I want?  I kind of assumed I would buy another cruiser.  Mostly because I’ve loved riding Thelma.  She sits low to the ground and is small enough for me to maneuver easily.

But when my mechanic started texting me pictures, he included some dual sports and suggested that I might like those.  I have to say, I’ve seen them on the freeway, and they look interesting.  I really don’t have a desire to ride off-road.  I’m more of a winding back roads kind of rider.  But I do like a bit of speed and honestly, Thelma is just a bit too small for me at this point.  I don’t feel like she’s got enough umph to get me out of the way in a hurry should I need to.

Then something interesting happened.

At the suggestion of a friend who’s been a rider for years.  I joined some Facebook groups for female riders.  As I scrolled through the members’ posts of what they ride, I saw one that I thought was really pretty…

I started doing my research and learning as much as I could about the bike.  It’s an adventure bike.  I didn’t even know that was a thing.  You sit up tall like on a dual sport, but she’s made for street riding with only light dirt should you want to venture off the beaten path a bit.  She’s a 750, twin cylinder.  That means she’s a step up for me but not too big of a leap.  One of the things I learned the first time around was you don’t want a bike that’s too big for you.  Big no-no.

Then I started looking for available ones. I checked for used bikes first because why buy new if you don’t have to?

As we’ve seen in the bicycle, RV, car, and motorcycle market in the last couple of years, demand has exceeded supply.  I also live in an area that doesn’t have a ton of opportunities so trying to find a bike means expanding my search to the whole state.

That felt a bit daunting. And life being busy like it is, the search seemed overwhelming.

But I tried.  My research indicated that the new model had been majorly upgraded over previous years, including lowering the seat.  Again, being a woman means most bikes are going to be too big.  Too tall is not good either, so I began to wonder if buying a new one would make more sense.

I started my search, got waylaid by vacation, holidays, etc.  And lack of supply.  I called, but despite an ad online saying the dealer had one, they didn’t.

Then something else interesting happened.

I got a nudge from the universe.  Well, truly it was a couple of nudges.

Any smart business owner knows that if you are making a decent profit for the year, you’re going to get hit with a painful tax bill.  One of the best ways to help mitigate this is to spend money before the end of the year.  Buying a new piece of equipment or a vehicle which can be depreciated off will help reduce your tax burden.  Of course, I knew this, and it was playing in the back of my mind that I should try to make this the year I buy my new bike.

I thought I would do it last year, or maybe even the year before.

But the process of buying a vehicle intimidated me even if I didn’t recognize it at the time.

The second nudge came when one of my team members said it out loud when we were talking about what an awesome year we’ve had.  She said to me, “Go buy that motorcycle.”

This time I listened.  I picked up the phone and called another dealer who had one advertised.  This time I struck gold.  Not only did they have the bike, but they had it in the right color. Yep, you guessed it, she’s red.

That was the last nudge I needed.

I got in the car and took the four-hour drive to the dealership and bought the bike.  On the way I was talking to that same team member when I had one of those aha moments.  I realized that the first car I bought in college (with the help of my boyfriend) turned out to be a lemon.

AHA!  I don’t have the mechanical know-how to buy a USED vehicle.

That was part of why this whole process is so daunting.  If the first car I bought cost me twice what I paid for it in repairs within a few months of buying it, how could I possibly feel comfortable buying a used motorcycle? I would have to drive all over the state, meet with strangers who would likely be men, and then have to determine if the bike was a lemon or not.

Wow, no way will I ever be good at doing that.

What I learned on this journey was that buying a new vehicle comes with the confidence that it will run as it’s supposed to, at least for a good period of time.  I didn’t need a man to pick out the bike for me or to go with me to buy it.  I just needed to do my research and find one for sale.

Okay, maybe I still need to learn to negotiate better. But I got my new bike before the end of the year and not only is she pretty, she’s fierce, sexy, and very sweet.  And I didn’t need a man to help me do it.